120 Years of Growth at The Shippers Group

For 120 years, The Shippers Group has been providing logistics services and supporting essential supply chains. Today we operate 16 facilities in 6 states and employ approximately 1500 associates who give their all daily to provide customers with exceptional service and value. Logistics services include contract packaging, ecommerce, and transportation in addition to traditional third-party warehousing services. In the past five years alone, we’ve increased our footprint almost 3 million square feet for a total of 6.5 million square feet of space.

Our success is rooted in core values of integrity, innovation, excellence and safety with our vision to be the first in supply chain performance delivering value to customers. Shippers Warehouse was built on the willingness to work hard and commitment to do what is right. To understand more about our storied past, let's take a look back. 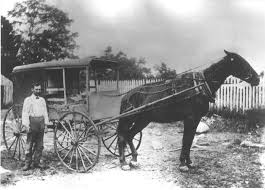 1901—Theodore Roosevelt became President, and the average family income was $3,300. Forty-six years was the average life span and major causes of death were tuberculosis, pneumonia, malaria, diphtheria and influenza. Mass production of the automobile was still seven years away and only the very wealthiest had basic indoor plumbing and telephones. Horses where mainly used to transport people and supplies. Texans struck oil at Spindletop and W.D. Felder founded Shippers Warehouse.

Cotton production increased in the last years of the 19th century, especially as new technology emerged in cotton ginning. Felder founded Shippers Warehouse in the Dallas area, and the company began as a compressor and warehouse business for the cotton industry.

1970—“Over the next seventy years, a new flood of goods poured out of the early twentieth-century economy as production emphases shifted to mass-marketed goods and household consumers. Canned foods, refrigerators and other electric appliances, factory-made shirtwaists, celluloid collars, and chemically made rayon, cigarettes and soft drinks, snap-shot cameras and phonograph records, together with hundreds of other consumer goods brought the reorganization of capital, production, and advertising into daily life.” 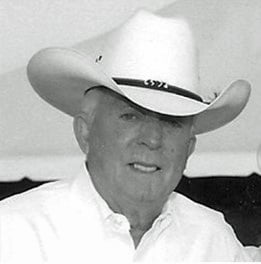 Shippers Warehouse evolved too, and the company transformed into a warehousing company for the grocery industry. In 1973, Darby Strickland purchased Shippers Warehouse and transformed it into the leading warehousing and transportation company in Texas for the food industry. Shippers Warehouse was well known for pool consolidation in the mid-1980’s and 1990’s combining orders of multiple food manufacturers’ into full truckloads shipping to grocery distribution facilities in Texas and the U.S. southern region. During this time, Ken Johnson and Graham Swank joined the company. Under Strickland’s leadership, for the next two decades, Johnson and Swank helped lead Shippers Warehouse to become the U.S Southern Region’s premier third-party distribution company with facilities in Texas.

2000's—The 2000's saw the growth of the internet and technological advancements in inventory management, In 2006, Shippers Warehouse expanded into the Southeast when it acquired Southern Bonded Warehouse in the Atlanta area and Shippers Warehouse began to provide contract packaging services to the food industry. Shortly thereafter in 2008, Ken Johnson and Graham Swank became majority owners of the company. 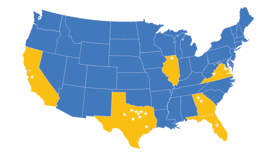 The next several year were a pivotal time of growth for the company. Investments in new technologies particularly in the Warehouse Management System gave way to a robust systems infrastructure for managing complex businesses of large food and consumer packaged goods manufacturers. The result has been a growing number of supply chain partnerships critical to the efficient movement of essential goods. During the second decade of the 21st century, Shippers Warehouse evolved and the company expanded dedicated distribution operations in four states: California, Illinois, Virginia, and Florida, and became known nationwide as The Shippers Group.

During the second decade of the 21st century, Shippers Warehouse evolved and the company expanded dedicated distribution operations in four states: California, Illinois, Virginia, and Florida, and became known nationwide as The Shippers Group.

2021—Privately owned since 1901, today our mission remains the same: to provide the ultimate supply chain experience by understanding, delivering, and continuously improving services that meet our customers' needs.

The Shippers Group is a leading national third-party logistics company headquartered in Dallas, Texas with distribution facilities in Texas, Georgia, California, Illinois, Florida, and Virginia totaling 16 locations and over 6.5 million square feet of space. To learn more about career opportunities at The Shippers Group, visit our Careers page.