Recognizing Our Veterans at TSG on Veterans Day

Veterans Day, a federal holiday, is observed every year on November 11th. The day honors all military Veterans who severed in the United States Armed Forces and is a time for us to pay our respects to these selfless individuals for their patriotism, love of country, and willingness to serve and sacrifice for the common good.

Today, we stand united in respect and appreciation for our Veterans. 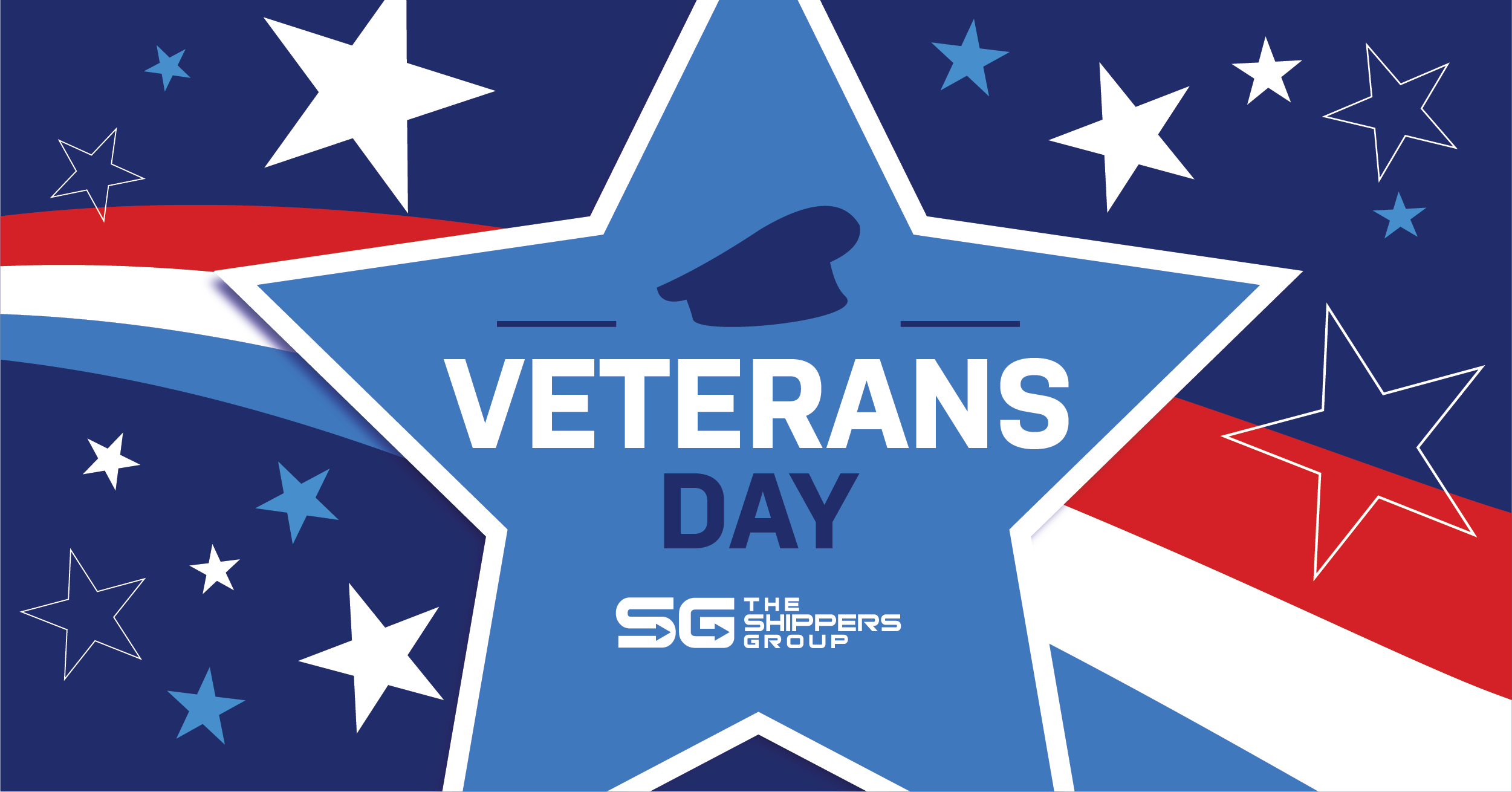 The theme for Veterans Day 2021 is centered on the centennial commemoration of the Tomb of the Unknown Soldier, “Honoring All Who Served.”

Veterans contribute to our society in many ways—both during their time in active duty and after. These individuals put on their uniforms to protect the values and liberties that this nation was built on. Efforts which don’t stop once the uniform comes off.

In recognition of Veterans Day, The Shippers Group would like to honor our associates for their dedicated service in the US Military. Not only did these service members put on their uniforms to protect the values and liberties this country was built on, but they also brought back the lessons they learned and experiences they gained to strengthen our communities and our company.

“I am very proud of our Veterans and to have each one of these individuals as part of the Shippers' team. We continue to make a concerted effort to bring in additional Veterans on our team, and seeing the below list continue to grow over the past few years is outstanding. These Veterans bring diverse skills and experiences to our workforce and add such richness and spirit de corps to our 120-year company history.”

“Veterans Day should be a call to action for all Americans to serve those who have served. While acknowledging Veterans Day is a day to honor Veterans and their sacrifice, it’s also a day to fulfill a solemn obligation. Whether it’s something as simple as reaching out to the Veterans in your lives and lending a hand, we all have a part to play, no matter who we are or what positions we hold. I ask that today, everyone renew their commitment to serving Veterans and serving them well, because that’s our most sacred responsibility, on this Veterans Day and every day.”

To commemorate this special day and to honor these brave men and women, check out the list of local ceremonies, parades, and community events that you can be a part of. You can also visit Military.com for a list of ways to express your appreciation and support on Veterans Day.

Thank you to all members of our military, both past and present, for your courage and sacrifice. Our freedom is credited to you, so today, and every day we honor you.

The Shippers Group is a leading national third-party logistics company headquartered in Dallas, Texas with distribution facilities in Texas, Georgia, California, Florida, and Virginia totaling 13 locations and over 5.5 million square feet of space. In addition to warehousing and transportation services, the company provides contract packaging and e-commerce fulfillment to the food, consumer goods and automotive industries. The Shippers Group was founded in 1901 and today employs over 1,500 associates nationwide.