Growth Leads to Promotions at The Shippers Group 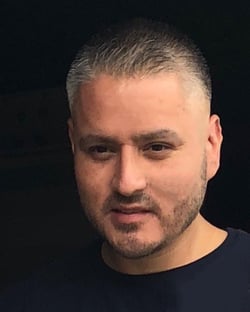 2019 is ringing in strong with the addition of new facilities within The Shippers Group’s nationwide network of contract and multi-client distribution operations. As a result of this growth, TSG is happy to announce the creation of new positions and opportunities to promote from within the company. With the start-up of a new distribution center in Richmond, Virginia scheduled for the second quarter, The Shippers Group announces Mike Mora is promoted to Director of Bissell Operations.

Since joining The Shippers Group in 2011, Mike has held various positions overseeing contract and multi-client operations as both an Operations Manager and General Manager. During this time, Mike orchestrated teams of associates and directed work flows successfully contributing to growth of ecommerce and traditional retail business for customers.

Prior to beginning his career at TSG, Mike worked at JP Morgan Chase for 14 years in the Cash Vault Item Processing Department ensuring daily transactions posted and accounts for the Northwest region were balanced. During his tenure with Chase, Mike received Six Sigma, Myers Briggs and other training becoming a member of Chase’s Black Belt Team that ensured the successful merger of Bank One and Chase.

While Mike shared his background and experience, he reflected on his decision to come to The Shippers Group and how he was looking for something more. He explained, “I was missing something. That’s until I met David Eastman, Graham Swank and Ken Johnson in 2011. Right off, during my interview process I knew this is where I wanted to be. They made me feel like I was joining a team and part of something more, family. I decided to join the team and it is one of the best decision that I’ve ever made, and one I never looked back on. I look forward to the future and working alongside the group of magnificent associates we have here at The Shippers Group”

As Mike assumes his new role including overseeing start-up of a brand new facility in Richmond, VA he talked about his appreciation of The Shippers Group saying, “Working in an organization like Shippers, one that values family, has giving me time to focus on what I love to do. That is spending time with my Wife, daughters and my best friend Jerry (grandson). I love to take him to the park daily and walk my two rescues dogs Tank and Tuffy. This gives me time to unwind and reflect on what a great decision I made back in 2011.”