Ray Mendoza was recently awarded our “Associate of the Year” for 2017 during a ceremony at our Wilmer, Texas facility. We began our Associate of the Month program last summer and from the monthly winners, we chose our Associate of the Year. “It was a pleasure and a lot of fun to be able to participate in the award ceremony for Ray and watch how his co-workers were happy for him to win the award”, said Rob Doyle President of The Shippers Group. “The hard working and dedicated Wilmer team played a role in Ray receiving the award based on the facility’s success in 2017 and Ray was quick to thank them for helping him win the award.”

In describing the reasons he nominated Ray, General Manager Rick Brazelton described Ray as, “a team player who worked very hard and was always willing to help others and make sure we did a great job for our customers by being willing to do whatever it takes to be successful. That “can-do” spirit is what led the way for Ray to be chosen for our first official Associate of the Year, and I look forward to seeing who wins for 2018.” 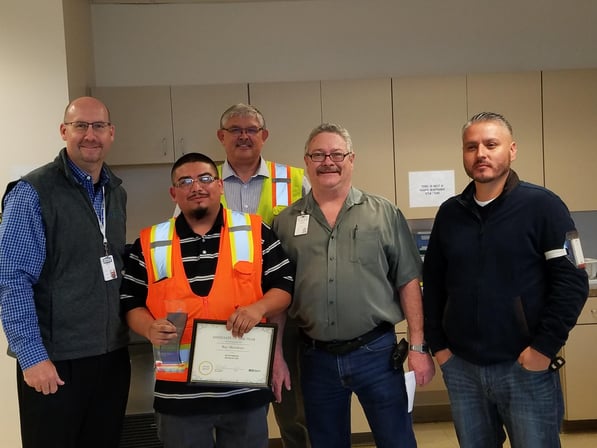