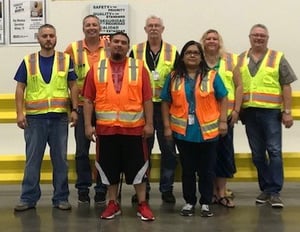 Our Wilmer team scored the highest rating achievable, an AA rating for 2018, for the BRC Global Standards Audit for Storage and Distribution. This is a repeat of AA rating receive in 2017 at Wilmer. BRC incorporated the rating into the audit program in 2017. Prior to this, Wilmer received the highest scores from BRC in 2014-2016. Ahead of BRC, Wilmer received Superior Ratings from AIB International in 2011-2013.